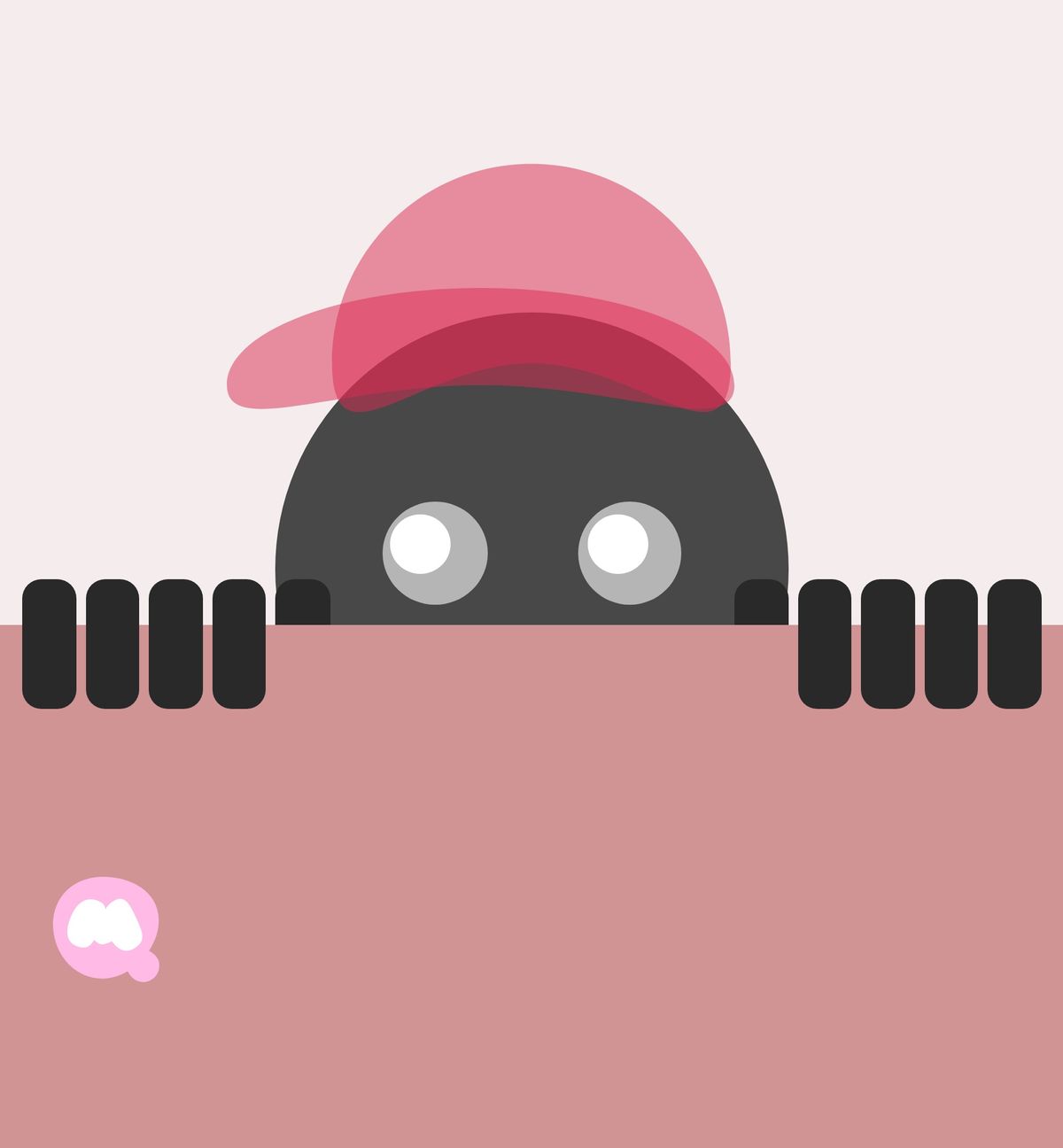 Coming out in a straight world

Growing up in a straight world

I’ve known since the age of twelve that I was somehow different compared to my classmates in elementary school. Or even at a younger age. I mean, when do you really know about your sexuality? I still haven’t figured it all out.

Growing up in the Danish countryside taught me that being gay was both wrong, disgusting, and not a path worth following.

As a result, most people who were not conforming to the heterosexual norms escaped to the bigger cities leaving the countryside to its own ignorance. Therefore, I wasn’t really exposed to many gay role models to mirror in my upbringing.

One day, my father told me that “bøsser” (which translates to either guns or gay men) either can be something you shoot with or shoot at.

I don’t blame him for saying stuff like this because I know it was a different time in the early 90s; people were less informed and gay acceptance travelled very slowly. As much as I wish people were more educated in sexuality back then, I cannot reverse time.

It was these hateful expressions that made me consider whether it was worth coming out and it has been sticking to me more or less non-consciously since.

Prior to coming out, I genuinely feared that my parents would disown me for being gay, but just like everyone else, I just wanted to fit in and make my parents proud—even if that meant I had to conceal my inner feelings.

In my teenage years, I liked the idea of having a girlfriend but I wasn’t able to fall in love with women. It was a frustrating time and I falsely tried to be someone who I wasn’t. Determined to be straight, I allowed myself to only see a straight world while suppressing my deepest secret. Over the years it had turned into a fuzzy dream in the distance. Regardless of how it happened, my one way of seeing became a way of not seeing at all.

Depression started to kick in and I felt like I was watching my life passing by without being able to do anything about it. Standing on a bridge, crossing the railroads of Aarhus back in 2016, became a defining moment of my life. I wasn’t ready to pop my clogs not having known what true love felt like. I was exhausted of hiding out as straight, and because nothing really seemed to matter to me anymore I knew I had nothing to lose going forward. The problem was not the idea of being gay itself. The problem was me fighting back the conversations with myself.

A bit about me

My name is Casper and I live in Aarhus; the second-largest city in Denmark, self-proclaimed as the World’s Smallest Big City. Yes, it sounds as Danish as it can be! Being Copenhagen’s little sister, Aarhus still has a lot to offer—including the local LGBT community. Our museum (ARoS) even has a freaking rainbow panorama at the top of the roof in case we forget the importance of equality and diversity.

I hold a master’s degree in Economics and Business Administration and after graduating this January, I felt ready to come out. I’m 28 years old which makes me a late bloomer, I guess. But I don’t really regret waiting this long because I simply wasn’t ready until this point. However, I often think about how my life would have been if I had had the courage to tell people ten years ago.

Today, I’m proud that I finally did it even though it wasn’t all happy rainbows and glamorous unicorns. Coming out was both a curse and a blessing. A curse because it was overwhelming to experience my mind in rebellion. A blessing because the people I trusted and opened up to, fueled me with new energy to be my true self.

My coming out story

So, it took me 28 years to fully welcome my sexuality. After my crying-on-the-bridge moment, I slowly convinced myself to begin exploring what I had been missing out on all these years. I read everything I possibly could find on the internet about being gay and coming out, and I found strength and encouragement from reading and listening to other coming out stories.

I gradually became aware that it was perfectly normal to be gay and I started to accept it with baby steps. This took about half a year while I was writing my master thesis. I remember this phase to be very exciting but I also felt like I was leading a double live—acting one way at the university and another way in my mind.

Up until now, it had been a very lonely process but I hadn’t allowed anybody to come close either. When friends asked about my love life I told them that I was too busy to date at the moment. Yet, they didn’t know I was secretly chatting with men on Tinder. That actually helped a lot in order to demystify the gay community and the frustrations that kept following me. I was curious whether there was any man out there that I would be interested in. And sure there was!

The world had changed drastically since my dad first told me that “bøsser” should be shot. It almost seemed like being gay had become cool. At least in Aarhus.

But I still had mixed feelings prior to coming out to friends and family. I felt ashamed of myself and I was scared as heck. I lost 16 kgs in one month because I literally forgot to eat. That’s how stressed up I was! Besides, it felt like a point-of-no-return. What would happen if I regretted coming out?

I kept telling myself that I needed to do this for my own shake and not for others. If people wouldn’t accept it, so be it. Although, I didn’t really know how to tell people in a proper way, “I’m gay by the way” seemed quite effective, yet way too casual to me. So, I spent much time rehearsing my coming out speech.

First time I ever told anyone was two months ago. I started out with my best friend who I trusted enough to tell. She took it really well.

First we cried. Then we laughed. Then we cried again. It was perfect!

Then I told my parents two weeks later, which indeed was the scariest thing I’ve ever done in my entire life. As I broke into tears, my father quickly reassured me that it was perfectly fine with him and that he felt sorry for things he may have said in the past. Thank god, my father didn’t want to shoot me! Instead he told me:

“Son, it would have been the same to me if you told me that you had become left-handed. I love you no matter what. You know that, right?”.

And just like that, I felt a warm stream of relief flowing through my body. It’s possibly the most beautiful sentence I’ve ever heard.

The following month, I found myself dating a guy and I quickly caught feelings for him. God bless, my heart works just fine, I thought to myself! Unfortunately, my feelings weren’t really reciprocated but being able to talk to someone who had been through it all was a huge comfort even though I had to lie to my roomies about my whereabouts. Sure, I’d been visiting my parents quite often that month! 😆

Then, telling my closest friends was easier and they accepted it instantly with hugs followed by many questions. Some of them seemed a bit shocked.

I explained that being gay doesn’t mean that you have to be in a certain way. Many of these generalised characteristics one may connect with homosexual men aren’t true at all. You don’t need to fancy leather pants or wear makeup to be gay. This is rather one’s personality shining through and not necessarily determined by one’s sexual preferences.

Nothing really changed for me. I had only removed the woman from the equation and replaced her with a man. In this way, the transition didn’t feel as strong as I thought it would. However, being gay will properly be something that I need to process for the rest of my life. It’s both a benefit and somehow a burden I need to embrace.

My coming out poem

After coming out to my parents I started writing a diary in which I put all my thoughts—good and bad ones! Some weeks later I read it all through and found that I was treating myself unfairly. I wouldn’t wish for anyone to talk this way about themselves. Coming out was both a curse and a blessing but the negative aspects were somehow overshadowing the positive ones.

Therefore, I figured out that I needed to write a story explaining both my pains, and most importantly, also my pride in coming out. I found it difficult to articulate in the way I wanted as I wasn’t able to describe all aspects of the transition while encapsulating what I truly felt. I made several attempts but ended up writing a poem. This was a perfect way to express my journey. A journey I would like to share with those of you who are interested.

I hope that you can relate to it. You may also disagree with it which is perfectly fine as we’re experiencing things differently. One way of seeing can very well become a way to not.

This poem is simultaneously negative and positive and it reflects the struggles of me coming out—from a lack of self-acceptance where I almost lost myself to embracing my own sexual identity.

I hope this will inspire you to be whoever you are. And remember, It’s never too late to come out. It’s worth all the struggles in the end. Trust me.

Today, I have come to realise that nobody really fits into this world no matter who they are and regardless of what sexual orientation they have. Yet, sometimes I feel like all my problems are tied to by sexuality, but often they’re simply just caused by the fact that it can be difficult to be a grown-up human being.

The world is, however, still designed with an ideal standard in mind—leaving the rest of us to follow from the day we’re born.

Having a rainbow panorama at the top of ARoS doesn’t necessarily solve the discrimination of minorities and doesn’t mean that people in Aarhus are accepting non-heterosexuality just like that! And it doesn’t stop people from standing on a bridge to cry.

Therefore, we need to continue creating awareness about this matter, and we must not forget to be grateful to anyone who has had a part in making our lives possible—including and especially our fellow LGBT ancestors. A fictional article from the future