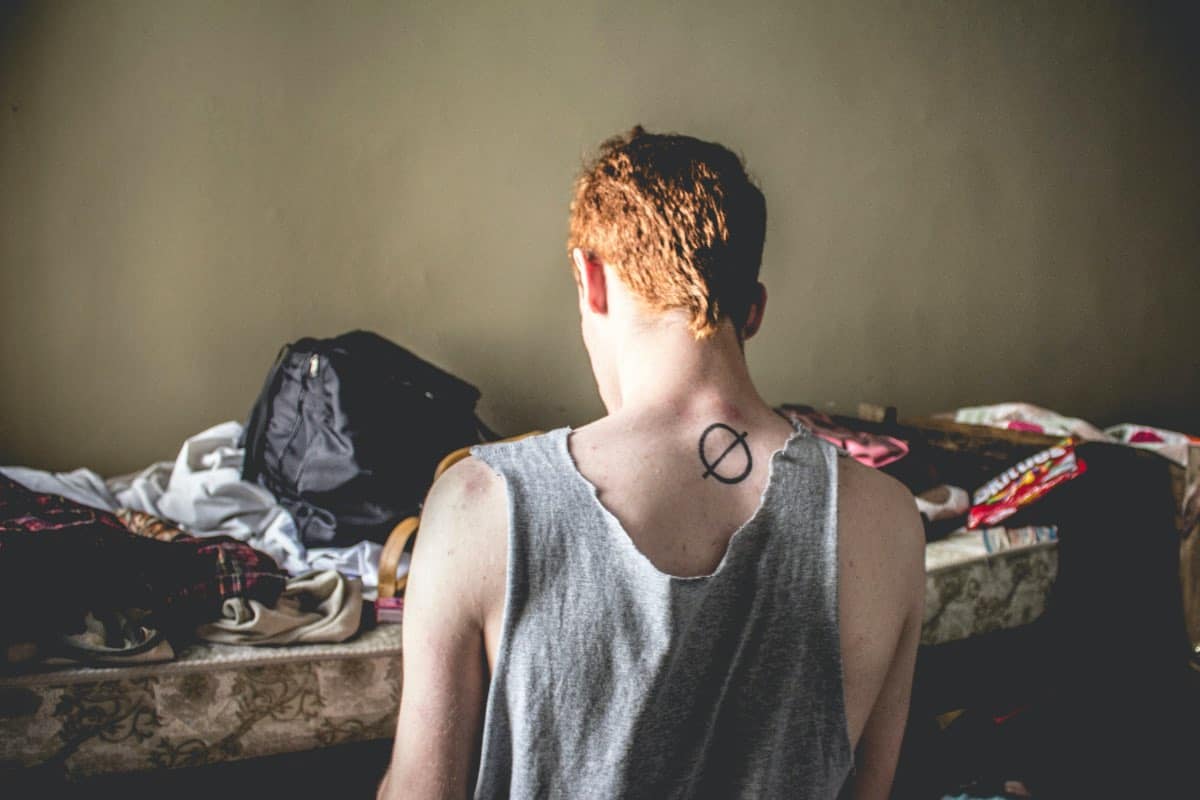 [Substance Abuse] Getting Tina out of my life

when I became friends with a group of guys who would go out to a club and then back to a house party a few times a month. I was never a fan of alcohol so I didn’t really party much during my 20s but when I started partying with drugs, I felt I had found my scene.

I’ve always been self-conscious and a bit socially awkward but on drugs, I could be as confident and outgoing as I wanted to be. When the afterparties I attended started becoming more sex-focused, crystal meth appeared more and more often.

At chemsex parties, I was able to explore my sexuality in different ways which also increased my confidence. My partner was usually with me at these parties even though he wasn’t into it as much as I was. Neither was his recreational drug use as heavy as mine was, although some of my friends were also heavy users at parties so it was normalised to me.

For my first year attending these kinds of parties, I often continued longer than my partner wanted, which led to some tension between us. It was reaching the stage where I wasn’t interested in sex unless I could at least have a shot of G. He voiced his unhappiness about my drug use but I thought he was being dramatic. I mostly only used at parties, rarely at home, and never alone, so I really didn’t think I had a problem.

In early 2019, one of my closest friends took his own life. He had long suffered from mental health issues, no doubt worsened by his excessive drug use. On the weekend following his death, I injected crystal meth for the first time and ended up in hospital, convinced I was going to have a heart attack. I bounced back quickly and while I was deterred from injecting, crystal meth began to feature more and more in my life.

As the months crept by, I was going to more and more parties, where there was always meth and G and lots of sex. My husband withdrew from these parties almost completely while I did the opposite.

These chemsex parties served a number of functions for me: 1) I was able to overcome my feelings of inadequacy surrounding my body and self-image that had weighed me down my entire life, 2) I felt as if I belonged to a sub-culture and community which I had never really had before, and 3) it provided a temporary distraction from the void in my life, a void that needed purpose and action and fulfilment, all things that could not be provided by sex parties. Regardless, I continued in this vein.

I began smoking meth at home every day when my husband was at work.

I went to more and more parties, staying awake for entire weekends thanks to the meth. I lied to my husband about where I was going and what I was doing. Our relationship began deteriorating rapidly but I couldn’t stop with meth and sex parties. As soon as I was finished partying, I was already looking forward to the next one. I was completely obsessed.

“I knew for a long time that the situation couldn’t continue indefinitely but I was loathe to take any real action to stop. A few times I tried to cut back and control my use but that didn’t work. Days and weeks blurred together and I felt myself descending into a dark place I couldn’t imagine escaping from.

By the end of the summer, my husband had given me an ultimatum: rehab or we were finished. He forced me to tell my parents – which I did while still high after a party – something I absolutely resented at the time but can now see it was the best thing I could have done. My parents have always been fiercely supporting and loving, and after their initial shock and anger faded, they were as supportive as ever. With my addiction out in the open, there was no way I was going to get away with it for much longer.

I spent six weeks in a rehab facility in the countryside near Drogheda. It’s difficult to explain what rehab is like to those who have never been. In the program, you are forced to confront all the mistakes and selfish behaviour you engaged in during your active addiction. You share this with the other addicts in your group and you get identification from them, a format mirroring that of AA and NA meetings.

You share your ugliest truths and secrets with people who were strangers only a few days before to no judgement. You rediscover how to live an everyday sober existence through a strict timetable and how to connect with people without the need for substances, the latter being probably the most valuable thing I learned in rehab.

The first few weeks after rehab were difficult. Sobriety in rehab was easy. Obviously, there were no booze or drugs allowed but aside from that, you felt you wanted to be sober. Life in the facility was like living in a sheltered bubble – frustratingly claustrophobic at times but also safe. I wasn’t prepared for how difficult sobriety would be on the outside when faced with even the most mundane aspects of daily life.

The Twelve Steps and the necessity of AA had been drilled into us in rehab. We were warned constantly about the dangers of stopping going to meetings, stopping your daily meditations, stopping all these basic rituals that would supposedly help you stay sober. I was never a fan of the Twelve Steps and meetings always made me feel worse afterwards so my own interactions with them following rehab have been minimal.

But I was enthusiastic about my sobriety and tried to find an LGBTQ NA meeting but to no success. I was left wondering, where are all the gay addicts in recovery in Dublin? I got in touch with a member of the Rialto Community Drug Team, a man who interacts with many LGBTQ addicts, particularly those who have problems with club drugs (meth and G) and chemsex. As it stands, there is not much in the way of specialised support for LGBTQ people in recovery in Ireland (I am referring more specifically to party drugs and chemsex addicts), which means many of them do not bother to follow up with what might be seen as more heterosexual-oriented services.

Apparently, there is to be an effort to create more LGBTQ-specific services for those in recovery over the next couple of years, which will hopefully leave fewer people feeling isolated in their sobriety.”

“Confession: I am not completely sober as I smoke weed regularly and drink occasionally. We were warned in rehab that we must avoid all mind-altering substances (including alcohol) for the duration of our lives if we wish to avoid eventually relapsing back to our old addictions but smoking weed with my husband while listening to music or having rambling conversations was one of our favourite activities, and was something I knew I would go back to eventually. But being sober from meth and G? Sometimes it is hard. Certainly, there are situations I need to avoid if I don’t want to be triggered into a craving. And sometimes I miss the chaos, that feeling of being on a carousel that’s out of control and going way too fast. But ultimately, sobriety from the insidious mind-fuck that is crystal meth is a release and a relief (most of the time).

My biggest frustration with chemical drug-sobriety is my sex life. Before rehab, I probably hadn’t had sober sex – sex without any kind of mind-altering substances – in over a year, maybe more. It has been very slow to return, made worse by the extra weight I picked up in rehab. There is very little in the way of support out there for people who are trying to reestablish a normal, sober sex life in the wake of chemsex addiction. Without chemical enhancements, sober sex can seem unexciting, and even daunting.”

Y’all are way more addicted to yo’ shit than you admit. Speaking to meth specifically, I’ve heard some guys say, “I don’t have a Tina problem, I only do it at the weekends.”

Ok hun, but when you spend every weekend awake from Friday morning all the way through to Monday huffing on a pipe, that might qualify as a problem? But I guess it’s not a problem until it’s a problem.

Our community is very adept at normalising abnormal behaviour and minimising the damage such behaviour can cause because without the crutches of drugs and sex and booze, we might all be forced to take a sober look at ourselves and confront our own voids. I am not saying that everyone who sleeps about or takes drugs uses them as crutches – just that far more people do than we think and unless it gets too extreme (like smoking meth at home every day), we are mostly content to consider it as part of gay culture. I have shared enough,

Participate in one of the next surveys… A fictional article from the future

[Substance Abuse] I didn't know I was a drug addict