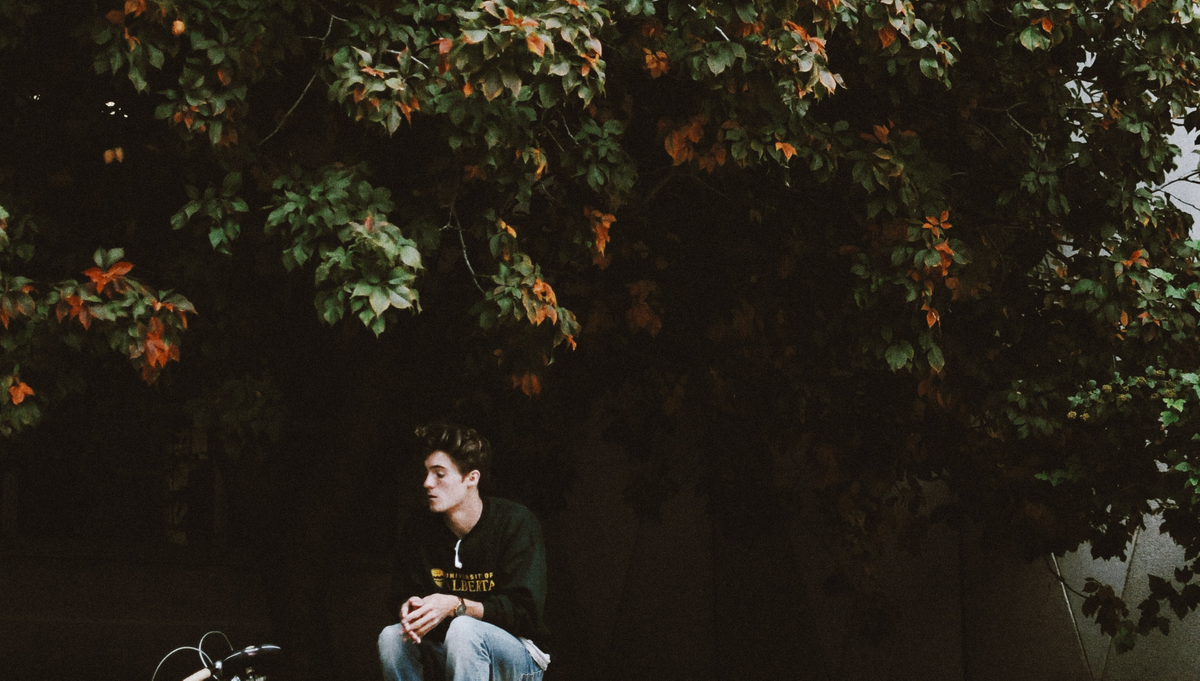 “Some stories are very personal. And so this is. I don’t mind people know it, but I wouldn’t like people to know something so personal before meeting me. It is a part of myself I prefer to choose with who I will share it and when.”

This story was shared to me by a reader through an online interview. It is the real coming out story of a 19-year-old guy. He chose his identity to remain hidden, and so it will be.

I can clearly say that the events in my story have shaped my personality. Looking back at everything, I would change nothing because I am happy with who I am today. At the time, I was insecure.

I wanted to go to university and “come clean” to everyone. I didn’t want the new people to meet me think I am straight. I believed that breaking the image of a straight person to reveal my gayness was hard; so I wanted to be gay from the beginning.

The first guy I came out to was a gay friend. But he wasn’t just a gay friend. He is the family I chose.  That was the first moment that it all became real. I knew there was no coming back, and I was happy about it.

I started going out and meeting the gays. Quite an exciting time! As a teenager, I used to see myself as ugly, fat and insecure, so I pushed myself to change habits. I would go to the gym and run for hours while watching comedies. To the day, I don’t know if my motivation was good or bad, but it was what it was.

I got into a couple of relationships; I can now say I just wanted to be with someone. And so I ended up dating with this guy, let’s call him Andrew. I only knew him for three weeks, but we were in a club, and he asked me “Are we boyfriends”? I didn’t know how to say no at the time. So, I said yes. I couldn’t disappoint him or leave him either. So it kind of worked for me.

He was about five years older than me. He used to buy me a lot of gifts, and we used to fight a lot. The drama! He wanted to control how I dressed and acted, and the funny thing is that it didn’t bother me as much. The thing I didn’t like is that I never felt butterflies in my stomach for him. I was just not feeling it.

Three months in the relationship, I went on a cruise with my mum. There I had sex with a guy from the crew, the dance instructor. I came back knowing I had to tell him and break up with him. Things were not feeling right, and now it was clear I wasn’t into him.

So I told Andrew what I did and broke up with him. But I couldn’t expend what was about to happen. “No, you are not breaking up with me!” he was screaming. He was furious. I felt so guilty for what I have done. I couldn’t believe I turned out to be the bad guy of the story.

Later, he asked me to meet him in a central spot and return all the gifts he had bought for me. Going there, I was so sad about how things turned out this way. I found him waiting for me with all his friends. I gave his gifts, and I got back a big slap on the face. It took my contact lens away and shooked me.

I felt terrible. I was there alone, and I was the bad guy. I started crying in the middle of the square, half-blind and disgraced while he had everyone’s support.

And I thought that this was the end, but it wasn’t.

One day, when I left the house, he was waiting for me. He chased me and beat me up. I was so afraid and weak, crying down on my knees, hopeless. He said if anyone learns what he did, he would tell my parents. I was saying to myself “Of course, I don’t want my parents to learn anything.” I was in a very vulnerable position. My parents knew nothing about me at the time. They were very conservative, and I was still living with them. And so he beat me up again and then again — several times.

You have to understand that for everyone at the time he was right and I was wrong. My friends would tell him where I was constantly. Then he would find me, ridicule me or beat me up. I don’t blame my friends. We were all young, and they didn’t know the full story as I was afraid and not telling it.

Once I kissed a guy in a club, and he beat that guy. A couple of my friends started getting what was happening, and they were saying that we should kick his ass, but I was scared. I just kept saying “No, no, no. Please, guys, he can get me in more trouble if we do.”

Soon I realised he could easily contact my parents on social media. I got my parents’ passwords and started daily blocking all the accounts that were harassing me online. But there were so many new accounts every day, and it was so stressful. My life became a nightmare for months.

One day I met Andrew at a cafe. I started crying in front of him and begged him to stop doing this. I told him it was way too hard on me, and it is destroying my life. He replied, I deserved it. He said I am a cheater, and I had to pay for what I did.

The days that followed only got worse. Andrew texted my friends, telling them I was spreading rumours that people had HIV in an attempt to isolate me further. Some of his friends started realising what was happening and became more supportive. I asked them to intervene and help me.

Two days later I got in the house while my mum was crying over a letter. “Can you explain this?”.

It was a letter to my mum outing me, saying “Your son is a faggot”. He printed my Grindr profile and wrote I was fucking with older guys. I would probably already have AIDS. My mum told me she also received text messages on her phone.

“I don’t want to know anything about this. Don’t put me in this kind of problems. You brought yourself into this trouble. It is not my problem, and I don’t want to have to deal with your gay life.” It was so hard for me to hear this at the probably worst time of my life. My dad had a similar reaction. He had received messages as well but chose not to discuss anything about it. He just gave me a big pile of letters he has received.

I said this story so many times before I became able not to sob while talking about it. I was beaten and ridiculed to “protect” my parents from the truth, but they didn’t even care.

That night I thought that maybe this would be the end. But it wasn’t. He now started threatening me he would out my brother to my parents. Yes, my only brother is also gay.

I knew I could not allow this, but I didn’t have many options, and I had to put an end. I will never forget the day. It was St. Valentines. I got him a present and asked him to meet. I planned to apologise and ask to be back together. I wanted to confess my love so that to put an end on this torture. I met him, but the words just wouldn’t come out of my mouth. I was disgusted by him. I couldn’t fake it.

So I asked him to stop. This time he started saying I had no proof it was him doing all this. “But you have told me!” I said. “No, I didn’t do it. You have no proof!” I could clearly see that he was going crazy. He had threatened me, chased me and beat me up but was then saying he didn’t. I felt scared and desperate.

Exams period at university started, and I failed every one of them. That’s the only time I failed in exams, and I failed in all of them. My parents started questioning my ability to finish my university, and they were asking me to consider quitting and start working. My friends noticed that I was not the person I used to be, and they were worried. My life was crumbling down. Everything I had built all these years was upside down.

One day, I reach at the university to only find posters in the university with my Grindr profile and the same notes my parents received. I remember running around the university, crying in panic and removing the posters.

How did I get here?

I put everything in my bag and went to class. A friend of mine asked what was happening to me, and I started crying. The professor removed us from the class, and so I told her everything. She said her mum is a lawyer and suggested to ask for some legal advice. I was too scared, though.

The night was hard. I couldn’t sleep. I knew I needed legal help, so I decided to talk to my parents. I was still their son. I knew they still loved me, and they wouldn’t allow this to happen to their son. They also had a good lawyer, so I believed they could help me. But they didn’t. They chose to ignore me. And that was very painful.

I cried for days until I made my mind. I picked up my phone and texted my friend “I need to talk to your mum.”

We arranged a meeting, and I brought everything I had. I printed all the messages, all the tweets, the letters and everything I had.  The lawyer told me that with what we have, the case would be difficult to win. I hadn’t even reported to the police when I was beaten up! But we agreed to send a notice that we will sue him. And we did. And everything magically stopped. There were no more threats, no more tweets, messages, accounts, nothing.

And we sued him; we managed to make an arrangement. But to the day, I am still afraid of him. He still haunts my dreams. At times I want to track him down and let his partners know. I hope this will never happen to anyone else again.

Do you prefer to read? Get the rest of the stories in your inbox. 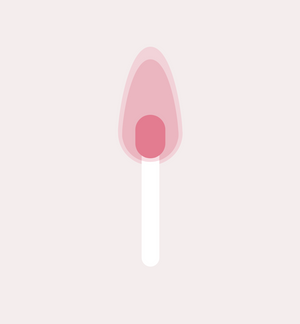 I gave my body to the fire 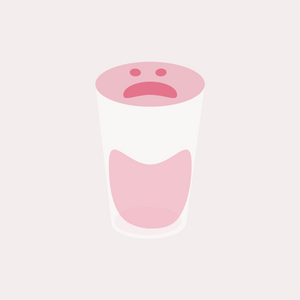